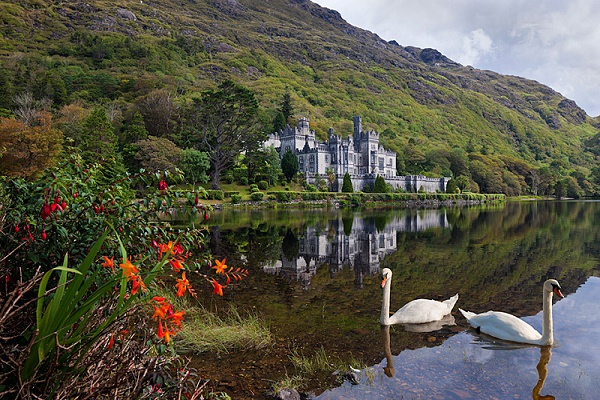 It was originally called Kylemore Castle and was built around 1863 as a residence for a wealthy English politician named Mitchell Henry. It took about 5 years to complete the castle. Kylemore Abbey & Garden is the home of the Benedictine Order of Nuns in Ireland who have lived here since 1920. The nuns decided to open a boarding school for girls, although the school closed in 2010. The boarding school is presently located in the abbey part of the castle.