Galway City is a historic city, located on the West Coast of Ireland. The city has always been a popular destination for tourists; however this is true even more so today. Galway City is a fantastic location on a number of fronts. First the city itself is a joy to explore and experience. Secondly, Galway makes for a perfect base from which to explore the entire west coast of Ireland.

The Clayton Hotel Ballybrit, Galway is a luxury 4 star hotel located less than 4km from Galway City. 195 modern and contemporary bedrooms, choice of dining options and a leisure centre, it's the perfect base for a leisure stay in Galway City. Galway Bay Hotel Situated overlooking Galway Bay and the Clare hills, the Galway Bay Hotel is an award-winning, four-star hotel that caters for all occasions, including weddings, conferences and group getaways.

Fáilte Chuig The Galmont Hotel. Established in 2001 in Galway City Centre, The Galmont is one of Ireland’s finest 4 star hotels located along the world famous ‘Wild Atlantic Way’. 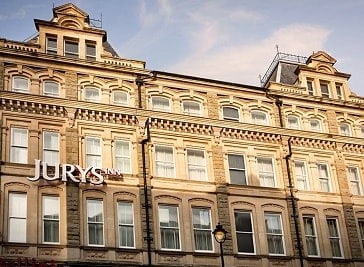 Whether you’re visiting the city for a weekend away with friends, a family holiday or a business trip, we know how important it is to find a hotel that suits your needs to a tee while you’re here in Galway. At Jurys Inn, our friendly team make sure your stay is nothing short of perfect, starting from the moment you step through the door. From comfortable rooms to contemporary on-site restaurants and free hotel-wide WiFi, we’ve thought of everything here at our Galway hotel.
Read More