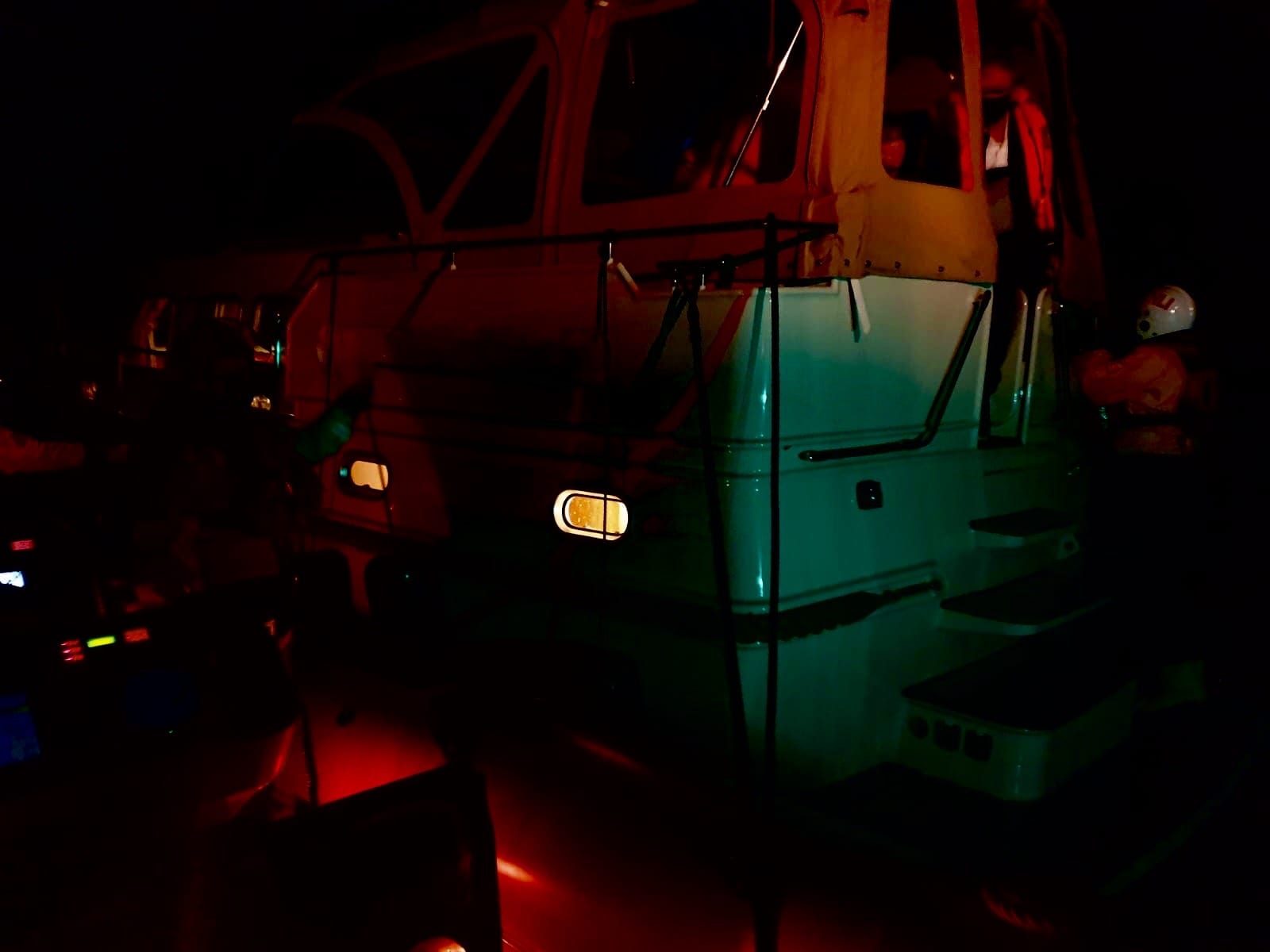 The Lough Derg RNLI lifeboat came to the rescue of four people on a cruiser which had run aground by the Silver Islands at the Galway side of the lake on Monday.

The lifeboat was called out at 8:25pm on Monday night at the request of Valentia Coast Guard after the 35ft cruiser ran aground on rocks.

Because it was night time, the crew used their onboard electronic navigation, RADAR, search lights, night vision binoculars and local knowledge to assist with navigation.

As they approached the area of Silver Islands and Terryglass Bay, the volunteer crew could see a flashing light signal ahead.

The Coast Guard provided a contact number for the stricken vessel, and they were able to make contact and confirm it was their boat emitting the signal light.

To determine the aspect of the casualty vessel, the lifeboat crew asked from which direction the vessel had been travelling when it went aground, and whether they were looking at the lifeboat travelling in their direction from the bow or stern of their vessel.

The lifeboat made its way to the red marker by Rinmaher Point on the Galway shore, and after rounding it, took soundings of the depth to the casualty vessel.

Once the four passengers were transferred to the lifeboat, an RNLI crew member made sure the cruiser wasn’t holed before setting up a tow.

They then towed the cruiser off the rocks and back into the water, giving it another check up before reembarking the passengers.

The cruiser then followed the lifeboat to the nearest harbour at Terryglass on the Tipperary side of Lough Derg just after 10pm.

Christine O’Malley, Deputy Launching Authority at Lough Derg RNLI advises boat users to be aware of the waters they are in, and have a proper travel plan.

“Study your charts and for your safety, plan your passage so that you arrive at your destination before nightfall”.

Galway Bay fm newsroom – Confirmed cases of COVID-19 in Galway hospitals have dropped below 100 for the first time in three weeks. There are 88 Coronavirus patients being treated in the city and county today – with 83 at UHG and five at Portiuncula Hospital Ballinasloe. That’s the lowest figure since January 9th when […] News – Galway Bay FM …

The Level 5 lockdown will remain in place until 5 March and new travel restrictions will be introduced at airports and ports after the Cabinet’s Covid-19 committee agreed on further measures to curb the spread of the virus. People entering the Republic through airports and ports without a negative PCR test will be forced to […] Galway Daily …

Galway Bay FM Newsroom – The Health Protection Surveillance Centre has today been notified of 23 additional deaths related to COVID-19. All 23 of these deaths occurred in January. The median age of those who died is 84 years and the age range is 61-99 years. There has been a total of 2,970 COVID-19 related […] News – Galway Bay FM …

A further 77 deaths related to Covid-19 have been reported by health officials this evening, as well as 1,910 new cases. Seventy-four of the cases reported this evening by the Department of Health are in Galway, where the 14-day incidence rate is now 914.9 cases per 100,000 people. Only Dublin and Cork have had more […] Galway Daily …