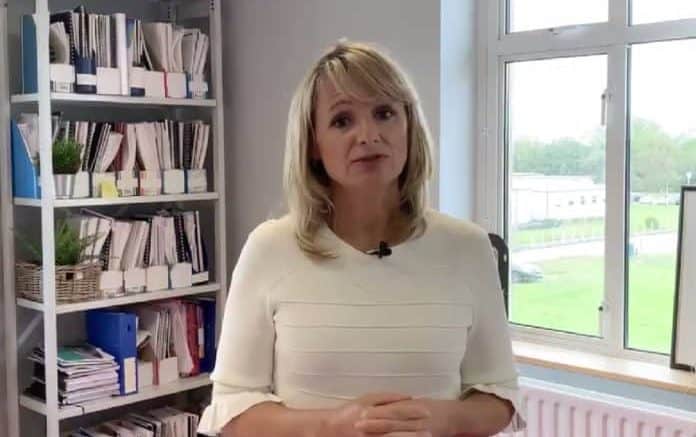 Galway Bay fm newsroom – The HSE Director of Public Health for the West has moved to commend the Galway public for its efforts in embracing the challenge to adhere to restrictoins and slow the spread of COVID-19.

Dr. Breda Smyth says huge efforts have been made to reduce movements and contacts which has protected the city and county population and the vulnerable members of Galway society.

There has also been a significant reduction in case numbers with 251 recorded in Galway last week compared to 516 the period previously.

Speaking to Keith Finnegan on Galway Talks, Dr. Breda Smyth called on the Galway public to continue with its efforts to curb the spread of the virus..

1,800 fewer people to get Pandemic Unemployment Payment in Galway this week

One further death, 240 new cases of COVID-19 nationally, at least one of which is in Galway

The Department of Health has reported 265 new cases of Covid-19 today and six further deaths related to the disease. Fifteen of the new cases are in Galway, while 84 are in Dublin, 28 in Louth, 27 in Limerick, 19 in Donegal and 15 in Wicklow. 66% are under 45 years of age and the […] Galway Daily …

Galway Bay fm newsroom – The Health Protection Surveillance Centre has today been notified of 6 additional deaths related to COVID-19. There has now been a total of 2,080 COVID-19 related deaths in Ireland. As of midnight Wednesday 2nd December, the HPSC has been notified of 183 confirmed cases of COVID-19. However the department is […] News – Galway Bay FM …

There have been 5 additional deaths related to COVID-19 and 270 new confirmed cases reported by the Department of Health today. Of the cases notified today, just 5 are in Galway, where the 14-day incidence rate is now 44.6 cases per 100,000 population. This is a fall back closer to the levels seen in recently […] Galway Daily …

Galway Bay fm newsroom – The Galway Simon Community has raised serious concerns for people living in emergency accommodation over Christmas. The charity has warned the Christmas period can be very emotional and difficult for people experiencing homelessness. According to the latest Government figures, there were 368 people, including 50 families and 116 children, living […] News – Galway Bay FM …

Galway Bay fm newsroom – The Health Protection Surveillance Centre has today been notified of 1 additional death related to COVID-19. There has been a total of 2,053 COVID-19 related deaths in Ireland. As of midnight Sunday 29th November, the HPSC has been notified of 306 confirmed cases of COVID-19. There is now a total […] News – Galway Bay FM …