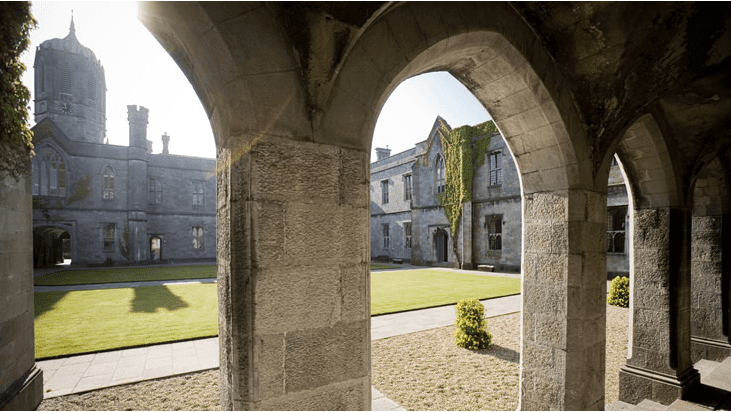 NUIG researcher Dr Emer McGrath has been awarded a Clinician Scientist Fellowship and €655,524 for her research into detecting a person’s risk of of dementia.

The Health Research Board’s funding for Dr McGrath will help support  new Academic Consultant Neurologist post based at NUI Galway and UHG, as well as an international study with partners in Ireland, the U.S., and Canada.

Speaking about the fellowship Dr McGrath said: “Dementia is a major health problem and a significant contributor to death and dependence worldwide.

“Often by the time a person shows signs of the disease, irreversible brain injury has already occurred and the opportunity for early disease modification has been missed.

Identifying people at high risk of dementia through methods like testing for biomarkers in the blood could present an incredible opportunity to prevent this disease she added.

Dr McGrath will now lead a study on promising blood-based biomarkers and determine whether these biomarkers vary in people with and without features of early stage dementia on specialised brain scans.

It will then examine whether these biomarkers can predict who will develop dementia in the future using the large, international PURE study.

The study will involve investigators based at the HRB-CRFG, NUI Galway, the Framingham Heart Study, Boston University, the Population Health Research Institute, McMaster University, Canada, Trinity College Dublin and the Glenn Biggs Institute for Alzheimer’s and Neurodegenerative Diseases at the University of Texas San Antonio.

It’s hoped that this study will help with the development of risk score which can be used to calculate a person’s likelihood of developing dementia in the future, as well as tailoring treatment based on biomarkers.

This is one of twelve research fellowships awarded by the Health Research Board, with a total of €3.7 million in funding for health science.

“The standard was so high that the international review panels for each fellowship scheme could have recommended more applications for funding if budget had been available,” said Dr Annalisa Montesanti, Programme Manager, HRB.

Decline in COVID-19 hospitalisations in Galway

Moycullen Primary Care Centre to be completed by late 2021