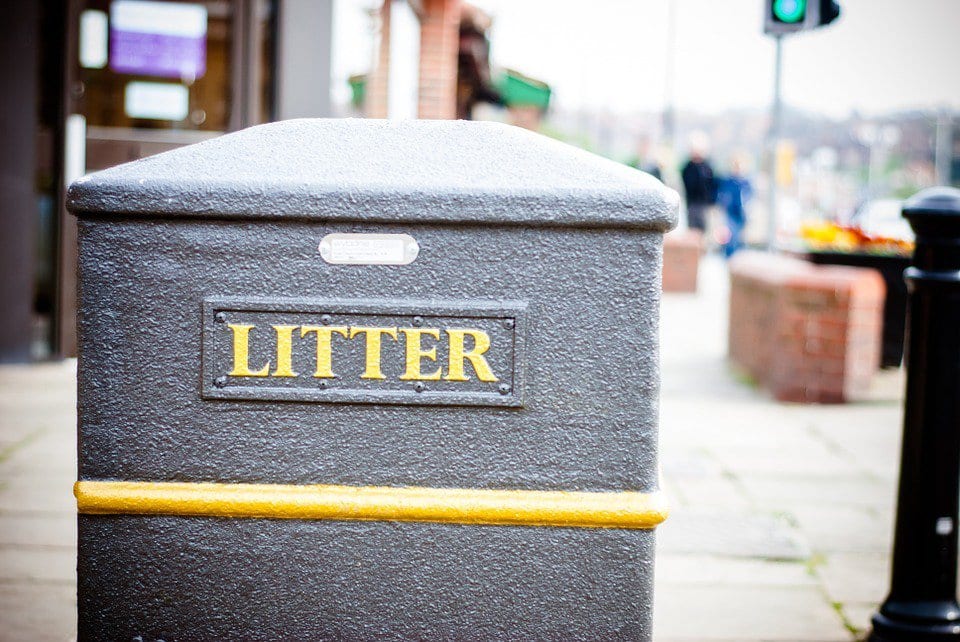 Galway City has tumbled dramatically down the list of towns combating litter, and is no longer considered ‘Clean’ to European standards.

The latest survey from Irish Businesses Against placed Galway City Centre in 27th place, or ‘Moderately Littered’, a dramatic reversal from the last survey in January, where the City Centre placed 10th as ‘Cleaner than European Norms’.

Ballybane, which was already considered ‘Moderately Littered’ in the last survey, remained in the same category, but fell seven places to 35th on the list.

Ballinasloe, which was previously listed as ‘Clean to European Norms’ at 26th place on the list in January, did not feature at all on the latest list.

The top spot on the list went to Kilkenny once again, which held onto its crown as the cleanest urban area in Ireland, one of just nine areas that are ‘Cleaner than European Norms’.

This survey is carried out by An Taisce on behalf of Irish Businesses Against Litter twice a year to determine he overall cleanliness of Ireland’s major towns and cities.

The survey showed PPE litter to be widespread and a rise in the prevalence of cans and glass bottles.

IBAL’s Conor Horgan said that the COVID-19 crisis created a “perfect storm” of conditions that saw litter levels rise across the board.

PPE litter was prevalent across the country, with masks 5 times as common as gloves. “Understandably, people are reluctant to pick up these items for fear of contracting Covid, so they tend to stay on the ground. We need to see a rapid rise in the use of reusable masks,” says Conor Horgan.

Horgan said that there needs to be a greater sense of “civic responsibility” about keeping our towns and cities clean at a time when councils’ resources are more stretched than ever before.

“The mantra ‘we’re all in this together’ extends to the proper disposal of waste, not least waste that is prone to contamination. With fewer people available or willing to pick up litter, the message has to be ‘don’t litter in the first place.”

There have been a further 26 deaths related to COVID-19 reported by the Department of Health today, along with 988 new cases. Galway is reporting 68 new cases today, once again the second highest level in the country behind Dublin. There have been 860 cases reported here in the past two weeks, and the 14 […] Galway Daily …