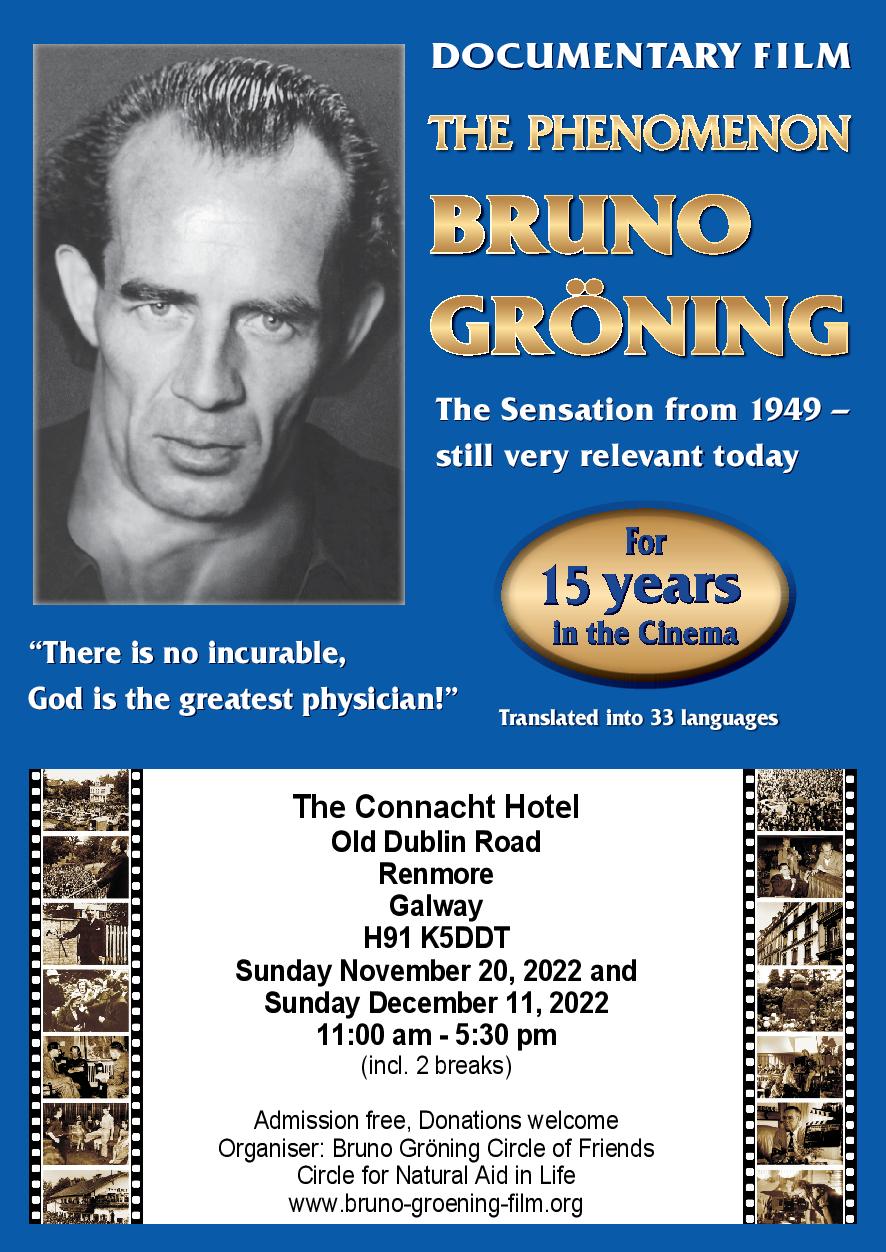 The film, “The Phenomenon Bruno Groening – In the footsteps of the miracle healer”, shows the events surrounding Bruno Groening. In autumn of 1949, close to 30,000 people were drawn to the Traberhof in Rosenheim daily. Newspapers, radio and television reported: “It is beyond reason. Bruno Groening heals the crippled, the blind, the deaf…”

Many film spectators reported of a sudden power, a tingling and a current felt in the body. Some even reported of the disappearance of illnesses and pain.

Today, people in the Bruno Groening Circle of Friends are still being healed. People who have endured incurable suffering and addictions.

Everyone interested is heartily invited. Admission is free, donations are accepted.

If you have an event, that you would like to be featured on our Events Calendar, please visit Free Event Listing.</s