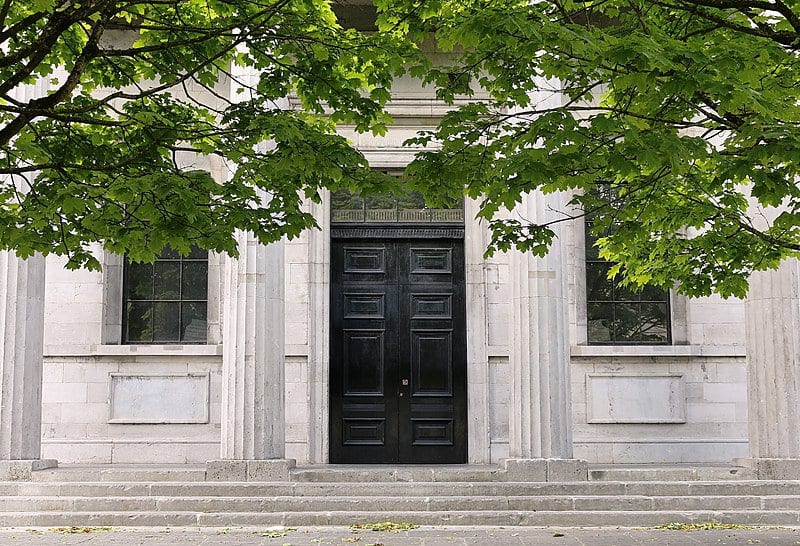 Two men were both left with life altering injuries after being the victims of an assault by the same person within minutes of one another in Galway City last year.

The case returned to Galway Circuit Court this week where evidence was heard from the investigating Garda, and the court heard of the severe impact these brutal assaults had on the two victims, neither of whom knew the other in any way.

Detective Garda Bernard McLoughlin told the court that in the early hours of June 15, 2016, Bannerton assaulted two people within a matter of minutes on Eglinton Street in Galway City, leaving both with life changing injuries.

At 1:42am at the corner of Williamsgate Street and Eglinton Street, just across the road from Brown Thomas, he attacked a now 70 year old man, punching him in the face repeatedly, and kicking him to the ground.

Another couple who were out with Bannerton that night, along with a third passerby,  managed to get in between him an the man he had attacked, and got him to safety in Eyre Square where he called friends to come collect him.

He was seen by a doctor at the Galway Clinic the next day, suffering from lacerations to his lips and fractured clavicle bone in his shoulder.

Bannerton had been in a party of people, his partner and another couple, who had been drinking at a pub on High Street that night. While heading towards Eyre Square after leaving, his partner and friends went ahead while he was briefly talking to two Gardaí.

The first victim, also headed to Eyre Square, happened to be near Bannerton’s partner when he attacked him without any reason or provocation after catching up.

After the assault on the first elderly man Bannerton got into a escalating dispute with his partner outside the Cellar Bar on Eglinton Street.

The second injured party, the subject of the Assault Causing Serious Harm charge, was only in Galway that night to celebrate his 40th birthday with friends.

He had become separated from his party at some point in the night, and got a taxi to take him back to his hotel when he passed by the escalating dispute between Bannerton and his partner.

The victim, who Gardaí described as a “Good Samaritan”, got out of the taxi in the middle of Eglinton Street to try and get in between Bannerton and his partner at 1:45am that morning.

Bannerton rounded on him, striking him at least three times and knocking him unconscious in the middle of Eglinton Street and causing him to hit his head off the road.

CCTV footage of the incident played in court seemed to show Bannerton flexing his muscles in a pose as he left the scene with his partner.

Passersby called an ambulance, and the severely injured man was brought unconscious to University Hospital Galway, where a nurse contacted Gardaí.

The victim suffered from a fracture to his right orbital bone, a complex skull fracture, bubbles of air in his skull, and some hemorrhaging. After consulting with specialists at Beaumont, the neurosurgical team at UHG decided not to operate, and keep him under observation.

Garda McLoughlin and his colleague Garda Brown were dispatched to the area after reports of an assault were received.

Upon receiving reports of a fleeing suspect, they found Bannerton in Rosemary Avenue hiding by a van, with two security guards who had pursued him observing.

He was drunk and abusive at first, Garda McLoughlin said, but then began apologising and said “I’m sorry, I didn’t mean to do it”. When the garda asked what he was apologising for, Bannerton became abusive again.

He was uncooperative when first interviewed by Gardaí, the court heard but later pleaded guilty after first taking a trial date.

Two victim impact statements were heard by the Circuit Court, one in person from the 70 year old man who was the first attacked, and one from the wife of the more severely injured man about the long term effect it has had on him, and their entire family. This statement was read into the court by Garda McLoughlin.

The long term brain injuries suffered by her husband as a result of this assault have left him with paranoia and black mood swings, which have been extremely hard on their family she said, particularly their two young children.

She had spoken with him on the phone just a few hours before the assault, and recalls that when her mother and father-in-law rang the door in the early hours of the morning she didn’t want to answer, “because no-one calls to your door at 5:30 with good news”.

When she finally found him in the hospital in Galway hooked up to multiple machines she said she was “sick to my stomach”. The doctors explained to her that the next 24 hours would be crucial to whether he survived or not.

She kept vigil at his bedside along with his parents and siblings, but it was two days before he regained consciousness. “It was one of the worst times in our lives”.

After several weeks at the hospital in Galway, which included a week in the ICU and another week in the high dependency unit, he was transferred to a hospital closer to home, but still suffered from paranoia and anger.

“Though the kids were relieved to see their dad, they were struggling because this wasn’t the dad they were used to,” her statement said. The following months were very difficult, even after he was discharged from hospital, she said, and he never fully recovered his sense of taste or smell.

The first victim, who is a retired Garda officer, said that he had been out socialising with friends and was on his way towards Eyre Square, when he saw a tall man approaching him quickly, describing him as “menacing”.

As Bannerton came up next to him and, “with no word spoken”, he punched him directly in the face repeatedly.

He tried yelling “Stop, stop, you’ve got the wrong man” and “I’ve never seen you before” as Bannerton was unknown to him, but he continued to punch and kick at him, even after the other members of his group tried to block him.

“I wiped my face with hand and it was all blood,” he said, before another blow to his back knocked him to the ground, where he felt his shoulder break.

He said that his long term injuries limit what he can do, and have made it much harder for him to enjoy his retirement.

It was nine months before he could even attempt any light gardening, and he he still has pain showering and shaving, and is unable to do many activities he previously enjoyed. “I am constantly aware of the damage” he said.

Mr McCarthy said that his client wished to apologise for his actions, for which he was deeply ashamed.

He added that he did not have the necessary reports which would be needed to make a proper mitigation plea.

Judge Rory McCabe adjourned the case back to December 15 of this year to finalise sentencing.

Westmeath woman stole over €1,600 in clothes from Galway stores

Trail of damage lead to truck that hit family home