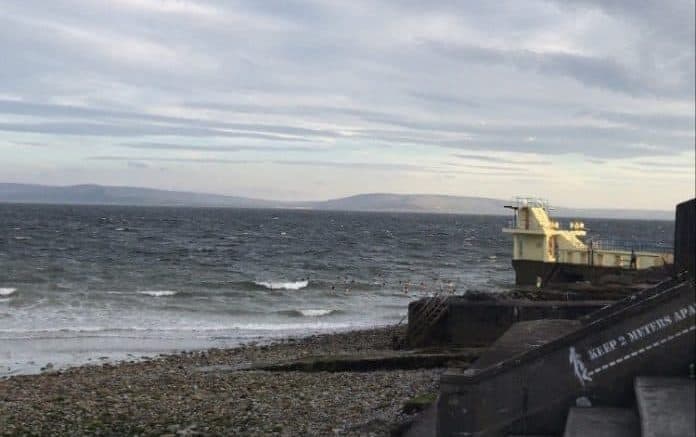 The waterside amenity was shut earlier today after concerns were raised over large crowds lining up at the tower without social distancing.

However, a spokesperson for the city council says officials were satisfied that no crowds gathered in the area today and decided to reopen access to the tower tomorrow morning.

The spokesperson said the council will continue to monitor crowds on a daily basis and if the situation is deemed unsafe, access will be temporarily blocked again.

The same protocol is in place for all public amenities in the city – with the spokesperson adding that the local authority is reacting to situations as they happen.

He added that all decisions are taken on the basis of public safety and social distancing.

Meanwhile, road access to Silverstrand has been blocked this afternoon and will remain closed this evening.

It’s due to large volumes of traffic attempting to use the road today – and the car park being full.

36 new cases of Covid-19 and no new deaths linked to virus reported today.

No further deaths from COVID-19, 42 new cases nationally, at least one of which is in Galway

Galway people have been asked to support local and donate local by going ‘Up the Hill for Jack & Jill’ this October. Funds raised will go towards the home nursing care of Jack & Jill children around the country with highly complex medical and life-limiting conditions, including 23 children in Galway. The fundraiser is part of an SOS […] …

Galway Bay fm newsroom – The Health Protection Surveillance Centre has today been informed that 1 person with COVID-19 has died. There has now been a total of 1,789 COVID-19 related deaths in Ireland. As of midnight Wednesday 16th September, the HPSC has been notified of 240 confirmed cases of COVID-19. There is now a […] News – Galway Bay FM …

Irish Water and the County Council are replacing roughly 2km of ageing, leaky water mains in the Inverin area. The mains being replaced off the main R336 and are along four by-roads around Cumann Michael Breathannach/Colaiste Lurgan. The old water mains pipes are being replaced with new high density polyethylene (plastic) pipes. Work on this […] …

Galway Bay fm newsroom – The Health Protection Surveillance Centre has today been informed that 3 people with COVID-19 have died. There has now been a total of 1,788* COVID-19 related deaths in Ireland. As of midnight Tuesday 15th September, the HPSC has been notified of 254 confirmed cases of COVID-19. There is now a […] News – Galway Bay FM …